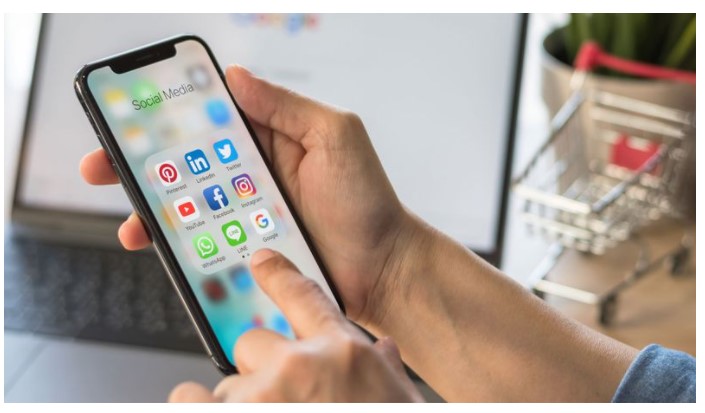 Where there are lots of updates being released by the big tech giants, there is another news that should not be ignored especially during this world pandemic â€“ Covid-19.Â

And this whole situation has changed our lifestyle completely â€“ not that we didnâ€™t use to spend our time on social media before.Â Â

Apple recently announced that all customers should be vigilant about their smartphonesÂ as there is a chance that it might interfere with medical devices, including pacemakers.Â

Previously, Apple issued a safety information in which they warned users about iPhones containing magnets andÂ radios that emit electromagnetic fields. These elements impact medical devices such as, pacemakers and defibrillators.Â

And states that it does not result in hugeÂ risk of magnetic interference with medical devices thanÂ their previous models.Â

However,Â AppleÂ said that medical devices have some sensors that might react to magnets and are harmful.Â

TheÂ exactÂ distance is also advised by Apple which is, more than 15Â centimeters, or 38.1Â centimetersÂ apart when wirelessly charging.Â

Apple,Â however, have not yetÂ respondedÂ toÂ any requests to talk about why it isÂ expanding on the safety guidanceÂ now.Â

It is advised that ifÂ a customer feels like their iPhone 12 orÂ MagSafeÂ charger is interfering with their medical devices, then they should immediatelyÂ stop using them.Â

Apart from this health safetyÂ concersÂ shown by Apple. Apple also warned its iPhone 12 users to be aware of placing their credit cards, security badges, passportsÂ etcÂ when usingÂ MagSafe.Â

So,Â IfÂ youÂ are an iPhoneÂ userÂ and youÂ have a phone case that holds such itemsÂ then make sureÂ that youÂ remove them before wirelessly charging your device.Â

Success in modernizing IT Solutions through the cloud is driven by a complete standardization and automation strategy.

Technological change is so rapid nowadays, even if the organization has made up its mind to change the technology, the sponsoring technology partner always face myriad of avenues to investigate it.

Sponsoring technology managers are then left with a decision to make, either to buy a new technology or build one.

The secret of change is to focus all your energy not on fighting the old, but on building the new, adaptability is about the powerful difference between adapting to cope and adapting to win. Enterprises that overlook modernization are sure to fail in fulfilling critical compliance and security problems thus, endangering both, their businesses and customers. Such vulnerabilities exist a lot over the internet and especially. website security is biggest concern among businesses.

It is true that findingÂ the right technology partner is a critical task, but there are several factors that canÂ helpÂ organizations to make a profound decision, such as.,Â

Senior technology managers always think ahead of the impact an initiative is going to have and try to find an optimum solution to a problem.Â

Sponsoring managers might find themselves sharing these expectations as they discuss emerging discovery outcomes with other functional leaders. This can also happen as they become associated with an on-trial supplier and strategic initiative.

And with the financial year progressing and pressure mounting to make inroads on strategic priorities, sponsoring managers may forgive early signs of poor supplier alignment to create short-term momentum.

These factors can contribute to ill-fitting technology supplier arrangements. These arrangements can erode the technology functionâ€™s business value due to poor definition, execution and solution adoption.Â

After the recent updates by WhatsApp to share data with Facebook. It is being noticed that several other messaging apps are being used more these days.

Messaging apps such as Signal and Telegram messaging apps are seeing a sudden increase in demand. It is mainly because of the updated terms of service by WhatsApp which has raised eyebrows on social media.

On Wednesday, WhatsApp laid out fresh terms, asking users to agree to the update let owner Facebook Inc and its subsidiaries have access to user data including their phone number and location.

As mentioned in our previous article this new update is violating the initial promise that WhatsApp made with its users. It is not only breach of privacy, but it is a huge question mark to their service and privacy policies.

Some privacy activists questioned the â€śaccept our data grab or get outâ€ť move on Twitter and suggested users to switch to messaging apps like Signal and Telegram.

Signalâ€™s popularity shot up more on Thursday after it was recommended by Elon Musk, who we all know have one of the most-followed accounts on Twitter. Social media marketing plays a vital role in spreading such news so quickly.

More than 100,000 users installed Signal across the app stores of Apple and Google in the last two days while Telegram picked up nearly 2.2 million downloads, according to data analytics firm Sensor Tower.

New installs of WhatsApp fell 11 per cent in the first seven days of 2021 compared with the prior week but that still amounted to an estimated 10.5 million downloads globally, Sensor Tower said.

Well, if your business is looking for an alternative to spread your word. Then you can use IT Companyâ€™s branded SMS gateway server to deliver your message with your own brand name without having so many conditions.

Over the years Microsoftâ€™s range of Surface devices has improved and grown exponentially. Initially, it was designed just as a simple concept of 2-in-1 convertible PC.

Various Surface Pro devices and multiple Surface-branded accessories are added into this range. Apart from these, we already love Microsoft Office 365 giving us an opportunity to work with collaboration especially in this world Pandemic.

Now, what do we want to see in 2021? Most of it is a mystery to us, as we all know that Microsoft is one of the rare companies that actually to know how to make surprise announcements regarding their new releases.

We are definitely expecting to see an announcement by Microsoft regarding new Surface Pro with Intel 11th-gen processors, up to 32GB RAM, and a new LTE option for those who need it. It is highly possible that Microsoft will start shipping new Surface Pro by mid-January.

This wonâ€™t be a surprise; we are expecting to see a new Surface laptop in 2021. Most probably it will also have same external body with similar port selection. However, there is a chance that it will have new Microsoftâ€™s AMD Ryzen chips.

In 2020, Microsoft introduced Surface Laptop Go. It is likely possible that we will see a new variant in 2021.

According to what we know, â€śZetaâ€ť is in the development. We are expecting to see it by the end of 2021.

In this coming year, Microsoft has a lot in its plate. Some of them we have mentioned here and rest is a mystery. IT Company would love to provide web applications for laptops with upgraded processors.

As we all know 2020 has been a rollercoaster for everyone including businesses, even the giant tech companies have faced several issues during this global pandemic that is Covid-19.

In 2020, Intel got a lot of negative attention, it happened mostly because of the latest the most stunning releases of tech devices by its competitors. Intelâ€™s releases were great in 2020, but the actual problem came from the launch of AMD and Appleâ€™s outshining Team Blueâ€™s hardware.

Although, Intelâ€™s Core i3 had HyperThreading this feature meant that Intel users will enjoy great multi-threaded performance. However, it was not enough when AMD Ryzen 5000 series were launched.

As we know, Intelâ€™s latest mobile chips are brilliantly developed to provide excellent battery life, provided the fact that a lot of mobile applications are used by users at the same time. In November 2020, Intelâ€™s mobile progress was reduced slightly when itâ€™s major competitor and tech giant – Apple announced MacBook Air, Mac mini and 13-inch MacBook Pro which directly impacted the progress of intelâ€™s silicon for processors that were designed in-house at Apple.

Few of the releases in 2020 might stay the same in 2021, for instance Intel Xe. It did allow consumers to use graphics themselves, however it still do not provide enough graphics to run an application or game such as, Cyberpunk 2077.

Considering the rapid change in technology and intelâ€™s competitors are launching new products quickly with stunning new features, Intel users are looking forward to Intel graphics cards, but it feels like we have been waiting for this our entire life. I guess, weâ€™ll have to wait and see if their concepts will translate into an actual product or not in 2021.

Apart from desktop applications that are often used by all consumers and are working quite well on Intelâ€™s devices, their mobile side is also still competitive. Intel will face a hard time to stay competitive especially due to the heavy competition coming from both AMD and ARM.