Microsoft wishes to warn you about a phishing scam that uses the most basic of phishing techniques, such as slightly misspelt domain names, URLs, and sender addresses.Â IT ConsultantÂ and individuals are safeÂ if you’re hyper-aware of mistakes and detect them even when spam filters fail.Â However, Microsoft has a caution for anyone who only glances at an email to see whether it’s from a valid sender: Look carefully.Â

“An active phishing campaign is using a crafty combination of legitimate-looking original sender email addresses, spoofed display sender addresses that contain the target usernames and domains, and display names that mimic legitimate services to try and slip through email filters,” according to the Microsoft Security Intelligence Twitter account.

If you get an email with file-sharing demands for incentives, staff reports, and other similar stuff, don’t click on the link. The URLs in these malicious emails are bad, and they can lead to a phishing website for Office 365, where you’ll be prompted to enter your credentials.

The fact that “both URLs require sign-in to continue to the final page, circumventing many sandboxes” makes these phishing attempts more difficult than normal. Furthermore, according to Microsoft, this phishing effort employs various evasion methods that make it difficult to detect.

Microsoft, on the other hand, isn’t only warning users about the threat; it’s also giving aid in tracking it out. To ensure that no phishingÂ officeÂ 365 emailÂ have slipped through gateways and harmed innocent inboxes, you may download Microsoft’s sophisticated hunting query from GitHub.Â

We all are aware ofÂ Office 365 emailÂ which is widely used among individuals and businesses.Â The new Windows 365 service from Microsoft is now publicly accessible, providing consumers with a new method to interact with Windows 10 and, shortly, Windows 11.Â

The virtualization service, which was announced last month, allows customers to broadcast a Windows desktop and associated programmes to any of their devices (even those running macOS, Linux, or Android) and from any place.

Businesses may begin adopting Windows 365 cloud PCs, which are paid per user per month, starting today. With the exception of a tiny leak, Microsoft has kept its price cards close to its breast, but has recently released a comprehensive list broken down by configuration.

Costs and configuration options for Windows 365

Windows 365 is divided into two subscription options: Business and Enterprise. The former is geared at businesses with fewer than 300 people, while the latter is geared toward bigger businesses, although both provide the same set of functions.

There are a total of twelve Windows 365 cloud PC configurations to select from, each with a distinct performance and storage amount.

The lowest membership, which includes one virtual CPU, 2GB of RAM, and 64GB of storage, costs $20/ÂŁ17 per month per user. This package is designed for personnel that simply need access to lightweight CRM software and the like, such as frontline and contact center staff.

Users that undertake compute-intensive work often (for example, creatives or software engineers) will have access to a configuration with 8 vCPUs, 32GB RAM, and 512GB storage. Businesses will pay $158/ÂŁ138 per month per user for this plan.

Both Windows 365 Business and Enterprise have the same cost and configuration choices. Larger businesses that qualify for the Enterprise branch, on the other hand, will immediately receive a discount of $4.00/ÂŁ3.40 per cloud PC.

“During every subscription period in which you access the Windows 365 service, you must also access the service from your Windows 10 Pro licensed device at least once during that same term to preserve your discounted price.”

For a period of 60 days, you may test three of the different configurations for free (the most powerful of which includes four vCPUs, 16GB RAM, and 256GB storage). The trial license, however, is limited to one user per company.

Comparing Windows 365 to other services on the market is difficult because many are priced on a per-use basis, but Windows 365 charges a fixed cost for everything. Microsoft’s price, on the other hand, looks to be competitive across the whole range of configuration possibilities.

For comparison, Amazon charges $28 a month for a virtual Windows PC with specs like Microsoft’s most inexpensive Windows 365 setup.

From a cost, administrative, and productivity standpoint, Microsoft’s new virtualization service is expected to offer up a slew of new possibilities for organizations.

Rather of hosting the operating system and programmes locally, which consumes both storage and computational resources, Windows 365 transmits all apps, data, and settings over the cloud, thereby transforming the device into a thin client. By lowering the hardware’s performance requirements, Windows 365 might help organisations reduce total expenses and shift CapEX to OpEX.

The true beauty of the system, though, is that companies aren’t tied to a single performance option; Windows 365 lets clients adjust the performance of any cloud PC deployment based on the computing and storage requirements of each individual employee. It’s also simple to add and remove installations as demand changes throughout the year, with financial implications.

Meanwhile, cloud PCs will show alongside traditional Windows machines in Microsoft Endpoint Manager, and the patch management procedure will stay the same, making the move as seamless as possible forÂ IT company.Â

Although Microsoft refuses to confirm or reject its plans when questioned,Â it’sÂ not impossibleÂ to foresee Windows 365 becoming available to customers in the future.Â 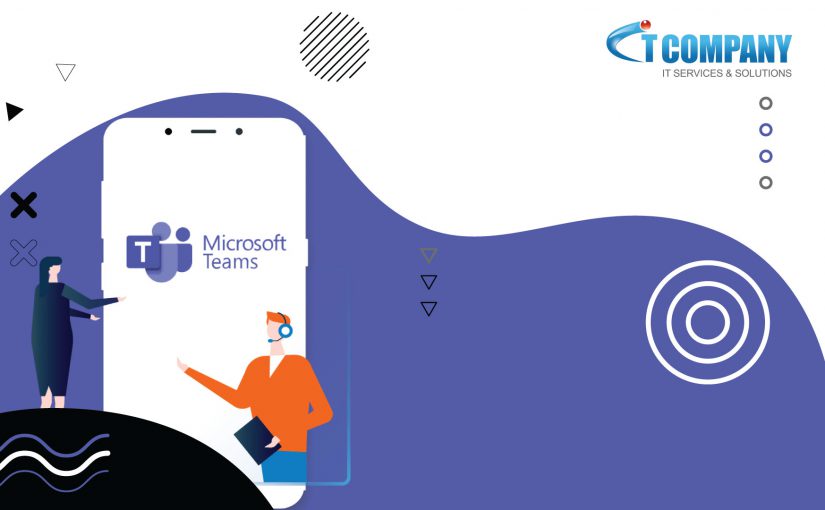 The extension of the push-to-talk walkie talkie feature inÂ Microsoft TeamsÂ to more devices should make staying in touch with coworkers in the field a lot easier forÂ firstlineÂ employees.Â

The functionality will be accessible worldwide on Microsoft Teams phones in September 2021, according to a new article on theÂ Microsoft 365Â Roadmap.Â

Users with compatible Microsoft Teams phones will be able to use their smartphone as a walkie talkie that works over both a cellular and wireless connection once the capability is available. Users will be able to talk to their team by pressing and holding a button and listening by releasing the button.

The functionality was first made available for Android devices in January 2020, when Microsoft highlighted in a blog post how Teams’ walkie talkie feature might help staff carry fewer devices on a daily basis while also giving greater security over analogue devices.

Microsoft claimed at the time that “this feature, integrated directly into Teams, decreases the number of devices employees must carry while also lowering IT expenses.”

“Unlike analogue equipment connected to insecure networks, consumers no longer have to worry about crosstalk or external eavesdropping.” This feature may be used across geographic areas because Walkie Talkie works through Wi-Fi or cellular data.â€ť

While the walkie talkie feature ofÂ Microsoft TeamsÂ will work with mostÂ Android smartphonesÂ and tablets, it may work better with a rugged smartphone because many of these devices have customizable buttons.Â

In a blog post, Samsung revealed how Teams’ walkie talkie feature can be mapped to the programmable button on the Galaxy XCover Pro or even its new Galaxy XCover 5, allowing workers to use push-to-talk (PTT) capability without having to open their smartphone.

The Jabra BlueParrot and Klein Valor Speaker have both been verified to operate with Teams Walkie Talkie, according to Microsoft. Firstline employees may enhance Teams’ walkie talkie functionality by attaching either a wired or wireless headset.

When the functionality is available in September 2021, you’ll need to launch the Teams app on your smartphone and search for the Walkie Talkie symbol in the menu bar to get started. If it isn’t there, don’t panic; you can find it by tapping on More choices.

Microsoft has a variety of Teams phones available, with Lenovo, Yealink, and Poly among the manufacturers that have signed on as partners.Â

According to support pages found by 9to5Google,Â GoogleÂ has ended its practically “unlimited” group video chats in Meet for free Gmail users. Users with free Meet accounts will now have their group calls limited to one hour instead of the prior 24-hour meeting time.Â

Because of COVID-19, many typically in-person functions migrated online. Google’s unlimited group meeting offer proved useful. You could leave your video call on throughout long family gatherings because you didn’t have to worry about it cutting out or generating new meeting ties.

Meet was made available to non-enterprise customers in April of last year in order to compete with Zoom, and Google claimed at the time that limitless meetings would be available until September 30th, 2020.

Later, the firm extended the window until March 20, 2021, and then again until June 30, 2021. Longer group calls will now cost more â€” like a presently $7.99 per month membership to Google’s Workspace Individual tier ($9.99 per month after January 2022) â€” as the second epidemic summer approaches.

Zoom’s one-on-one conversations are limitless and free, much like Google’s, but group calls are handled differently. During holidays like Christmas, Hanukkah, and New Year’s Eve, Zoom has occasionally exceeded its 40-minute meeting limit.

In the early days of the epidemic, non-business users adopted Meet, Zoom, andÂ Microsoft Teams, which began out as corporate communications tools. It’ll be fascinating to see which services people remain with now that some of the freebies are gone.Â

Clippy, the punchable paperclip that provides non-helpful suggestions every few seconds, has been brought back by Microsoft, maybe the most irritating virtual assistant of all time.

He won’t appear in your Chats, but he will appear as one of four Microsoft Teams backdrops that you may download for a dose of office nostalgia.

You can also get backdrops for Microsoft Solitaire, Paint, and the Windows XP meadow in addition to Clippy.

â€śBecause a journey down memory lane is good for the spirit, and we could all use some excitement on video calls after well over a year of remote and hybrid work,â€ť the business said.

â€śWe asked our designers to create Teams backdrops based on a few famous Microsoft events.

Microsoft being the tech giant is always coming up with new features and updates. Microsoft Office 365 being the most renowned application used among individuals, businesses and large enterprises.Â IT CompanyÂ being the official Microsoft partners offers Microsoft Office 365Â along with free technical support. So, if you are looking for a complete solution for your business then contact us today!Â